Believe! My Sermon Notes I took from T.D. Jakes

Believe!
Exodus 4:1-6
And Moses answered and said, But, behold, they will not believe me, nor hearken unto my voice: for they will say, The LORD hath not appeared unto thee. 2 And the LORD said unto him, What is that in thine hand? And he said A rod. 3 And he said, Cast it on the ground. And he cast it on the ground, and it became a serpent, and Moses fled from before it. 4 And the LORD said unto Moses, Put forth thine hand, and take it by the tail. And he put forth his hand, and caught it, and it became a rod in his hand: 5 That they may believe that the LORD God of their fathers, the God of Abraham, the God of Isaac, and the God of Jacob, hath appeared unto thee. 6 And the LORD said furthermore unto him, Put now thine hand into thy bosom. And he put his hand into his bosom: and when he took it out, behold, his hand was leprous as snow.

* When you start running from one thing, you’re going to keep running from everything. (Moses fled from the snake). That’s why you need to stop running and face whatever you have to face and deal with whatever you have to deal with. You will never be great if you keep running from what scares you.
God told Moses to take the snake by the tail. he was so scared he was running from the snake and God is telling him to take it by the tail. Visualize this, how many of you want to grab a snake by the tail? God can tell you to grab stuff you are scared of.
“God I’d do it, but they would not believe me.” Was it really they would not believe or is he imposing on them something that’s really coming from him? Whatever you’ve been saying about “they”, might really be you. “They won’t accept me, they won’t love me, they won’t embrace me.” You’ll never get anyone to embrace you until you embrace yourself. You’ll never get anyone to believe in you until you believe in yourself. You’ll never get anyone to love you until you love yourself. Your “they” might be you in disguise.
God didn’t address what he said about “them”. He asked Moses “What is in your hand?” Before you access what is external, access what is it you currently have? What is in your hand? Because someone could win with what is already in your hand, while you keep crying about what’s not in your hand. God said I don’t need anything that’s not in your hand to bless you. I’m going to use something that is already in your hand. “What is that in thine hand?” Do a self-assessment of what is in your hand. Your blessing is hidden in what is in your hand. The problem is, you have a limited perception of what is in your hand. You think it’s just a rod. You think it’s just a stick. God says I want to show you the potential of what is in your hand. Mosses must learn this in private to build his confidence because he will have to use this in public.
You have more than you think you do. You can do more than you think you can do. You can have more than you think you can have. Stop blaming people for the years you wasted. Moses caught it as a snake, and it became a rod. sometimes you will not see until you snatch it. The problem with most people is, you want to see your way clear before you pick it up. God said you have to pick it up scared, nervous, intimidated. You have to pick it up! You don’t even know what you got until you pick it up. It’s going to turn in your hand, not in your eyes, in your hand.
Just imagine it. You’re in the house and there’s a seven-foot Cooperhead, and the voice of the Lord says to take it by the tail. I could snatch it up if I could handle it. But if I thought I could handle it I wouldn’t be running from it. Now you want me to grab something I don’t think I can handle because you’re trying to show me that if I step over my fear and grab it by faith it will change in my hand. The reason God ask Moses what is in your hand is because God is challenging Moses in what he believes. A faith of any kind comes by hearing. You didn’t believe you were dumb until someone said you were dumb. you didn’t believe you couldn’t learn until someone said you couldn’t learn. You didn’t believe you were not attractive until you heard someone say you were not attractive. Your unbelief is the result of something you heard about yourself, that you believed about yourself, and your life has fulfilled the prophecy. You heard about yourself “You’re crazy like your dad.” “You’re just like your mommy.” All these were curses that were pronounced over you, that said you couldn’t do this or that or the other. And the more you heard it and rehearsed it and even argued about it and said you didn’t believe it. Every time you face a challenge, tell me the truth, don’t those voices come back up? Every time you are at a low place, don’t those voices come back? You have never changed your belief. You will never recover completely, be healed or whole until you change the voice inside your own head. And nobody can do it for you. Until you change the words in your head your opportunities will continue to hemorrhage. It’s like the woman with the issue of blood for 12 years. Her condition was killing her. It was coming out of her lower extremities, but what healed her did not come from her lower extremities, it came from her mouth. When she said to herself “If I could only touch the hem of his garment, I know I’ll be made whole.” When she met Jesus it changed her internal story. When you read it in the original language she said it to herself over and over and over again. When you are trying to drive out stinking thinking you have to say it to yourself over and over and over again. Talk to yourself over and over. Believe in God and yourself. Paul said “I can do all things through Christ, which strengthens me.

I hope the notes I took of T.D. Jakes sermon “Believe” has inspired and instructed you as it has me.

Inspiring you to have more Wealth and Riches in every area of your life, 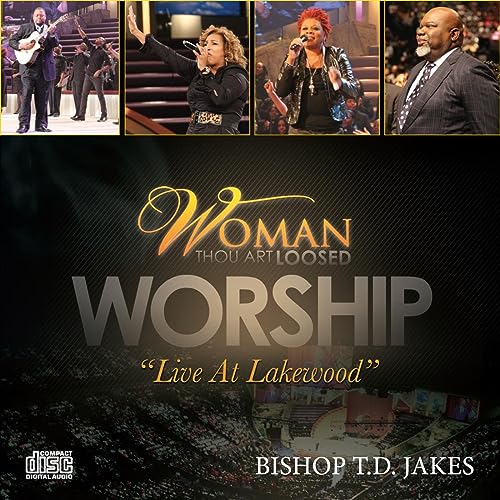 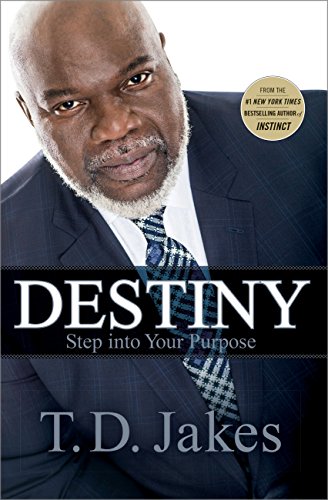 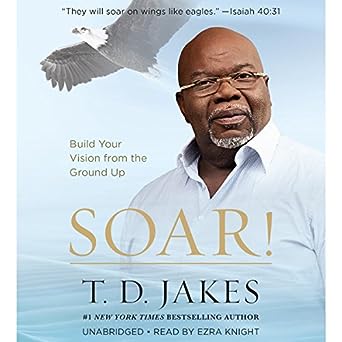